Abai's Poems and Book of Words

This volume presents a Norwegian translation of twenty-three poems and forty-five prose texts authored by the Kazakh poet and intellectual Abai Kunanbaev. The book includes poems written between cirka 1880 and 1902, as well as the complete "Book of Words" (Kara Sozder), first published in 1909. The translator is Lutfiya Boboyorova.

Abai Kunanbaev (1845-1904) was a brilliant social critic and thinker, exceptionally talented as a writer and poet. He is widely recognised and celebrated today as the father of modern Kazakh literature.

In 1967, a young Norwegian family migrates to California, hoping to experience the American Dream. Convertible describes the family's bittersweet encounter with the realities of life in the United States at a time marked by high hopes for the future, protests against the Vietnam War, the assassinations of Martin Luther King, Jr. and Robert Kennedy, and the ambition to put a man on the moon.

Åshild Norun lives and works in Oslo, Norway. Convertible is her first screenplay.

The Dance of Life

Mahin is born in a small village in the Soviet republic of Tajikistan. As a beautiful and stubborn young girl, she marries against the will of her father. Reality bites viciously when Mahin gives birth for the first time. Her baby dies. The young girl loses her mind and withdraws into a world of grief and loneliness. After her husband abandons her, Mahin finds a new life in the city,  with many more challenges.

Lutfiya Boboyorova grew up in a mountainous village in  Tajikistan, and graduated from university  in the capital city,  Dushanbe. As of today, she lives  and works in Oslo.

Information wars are raging on the worldwide web. The fiercest battles are fought on the sharing platform Tubo. Truth seekers want answers to a number of questions. Have mass killings and terror events been staged? Are Washington DC elites engaged in satanic ritual abuse? Does the hacker Radix 2.0 really work for Russian intelligence? Who is behind O Anon and the "plan to save the world"? There’s only one way to the bottom of the rabbit hole. Casey goes undercover in the truth movement.

Åshild Norun lives and works in Oslo, Norway. Web is her second novel.

The Man and the Wall

A young Jewish girl,  Anna Sophie, is magically caught inside a brick wall during World War II, while German soldiers are raiding the library where she works. Just as magically, her presence inside the wall is discovered 70 years later by a young Muslim immigrant. The wall in this story can be found in real-life central Oslo, next to the National Library where Anna Sophie worked. Is The Man and the Wall fantastic realism, or realistic fantasy? Whatever it might be, the story of Anna Sophie and Yakamoz keeps you captured till The End.

Sercan Leylek was born in Izmir, Turkey, and has lived in Oslo, Norway since 2009. He is known in Turkey for his science fiction novels Cydonia (2012) and Piri Reis ve Nostradamus (2015). 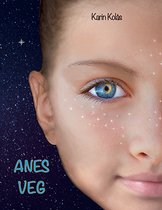 This is a story about Hope, a girl who is bullied by her classmates. On her way home from school, Hope decides to explore a mysterious path across an old stone bridge. She suddenly finds herself in an enchanted place, where creatures of the forest become her guides on a path of discovery.  Beautifully illustrated, Hope’s Path is an inspiring book for children of all ages, about a girl’s discovery of her own source of inner strength and motivation, and the magical beauty and wonder of nature.

Karin Kolås lives in Ørsta, in the fjord district  of western Norway.  Hope’s Path is her first children’s book.

On a completely ordinary Thursday night, the police arrive with a terrible message. Sondre is dead, hit by a train after walking into the underground wearing a black suit and a white shirt. The police quickly decide that the young man must have  committed suicide.  Sondre´s mother is not so easily convinced.   Is it even possible, that her lively, bright and strong-willed boy could have killed himself? After the funeral she starts acting on  her  doubts. Searching desperately for answers, she meets a wall of secrecy, lies and deception. But giving up is not  an option, as she questions  everything that led to her son´s sudden demise.

Åshild Norun lives and works in Oslo, Norway. Sondre is her debut novel. 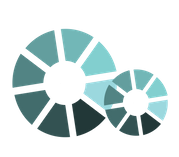